In addition to the Core Collection of reefs constructed by Christine and Margaret Wertheim, the Crochet Coral Reef project encompasses a community program in which citizens of various cities and countries create local Satellite Reefs. As of 2022, 50 Satellite Reefs have been made worldwide, including in Chicago, New York, London, Melbourne, Ireland, Latvia, Finland, Germany and the United Arab Emirates. More than 20,000 people have contributed to this ever-growing woolen archipelago. At the end of the page is a chronological list of all Satellite Reefs and their host institutions.

Reefs in the time of COVID

In 2022, with the world still reeling from the pandemic, several new Satellite Reefs were completed. The Baden Baden Satellite Reef in Germany, now the largest ever community reef was exhibited at Museum Frieder Burda as part of a museum-wide retrospective. At the Ontario Science Centre in Toronto, a Satellite Reef accompanied an exhibition of the IFF’s reefs, and at the Tang Teaching Museum the Saratoga Springs Satellite Reef was a centerpiece of the exhibition Radical Fiber: Threads Connecting Art and Science. A Satellite Reef was also made at the North Carolina Museum of Art as a component of Fault Lines showcasing artists’ response to climate change.

If your organization would like to start a Satellite Reef, please send us an inquiry. We welcome queries from different institutions. Some reefs are gigantic, others small and intimate. Some involve a few dozen participants, others engage thousands. The first Satellite Reef, in 2007, was in Chicago, hosted by the Jane Addams Hull House Museum and the Chicago Humanities Festival. At the Smithsonian’s National Museum of Natural History, 900+ people contributed from all 50 US states and a dozen other countries. At the Museum Kunst der Westküste on the island of Fohr off the coast of Germany, over 700 citizens across Germany and Denmark participated. Far-flung contributors send in their models by post. In Dublin, a reef was hosted by the Science Gallery at Trinity College, Ireland’s foremost academic institution, while in Melbourne, the project was enacted at the Burranja Cultural Center, which serves women subject to domestic violence. In the UAE, the NYU Abu Dhabi Institute hosted a reef constructed around traditional Emirati fishing baskets, and at the Hayward Gallery in London, UK crafters fabricated their reef around a series of giant plaster ‘reef balls’ emulating the concrete structures scientists build to encourage growth at sites of living reef destruction. The largest reef to date is the Baden-Baden Satellite Reef, hosted in 2021/22 by Museum Frieder Burda, for which 4000+ people throughout the German-speaking world contributed over 40,000 corals. 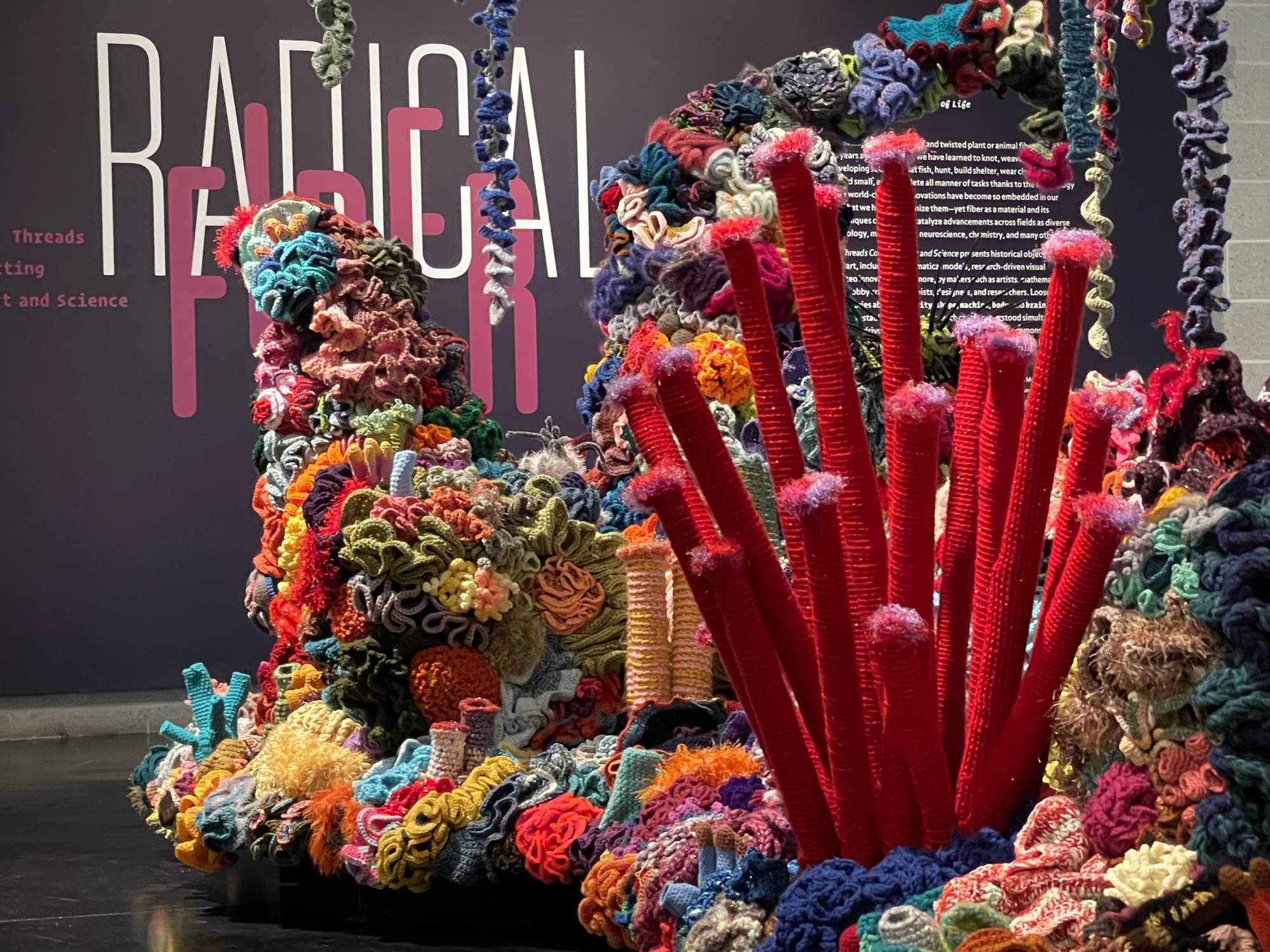 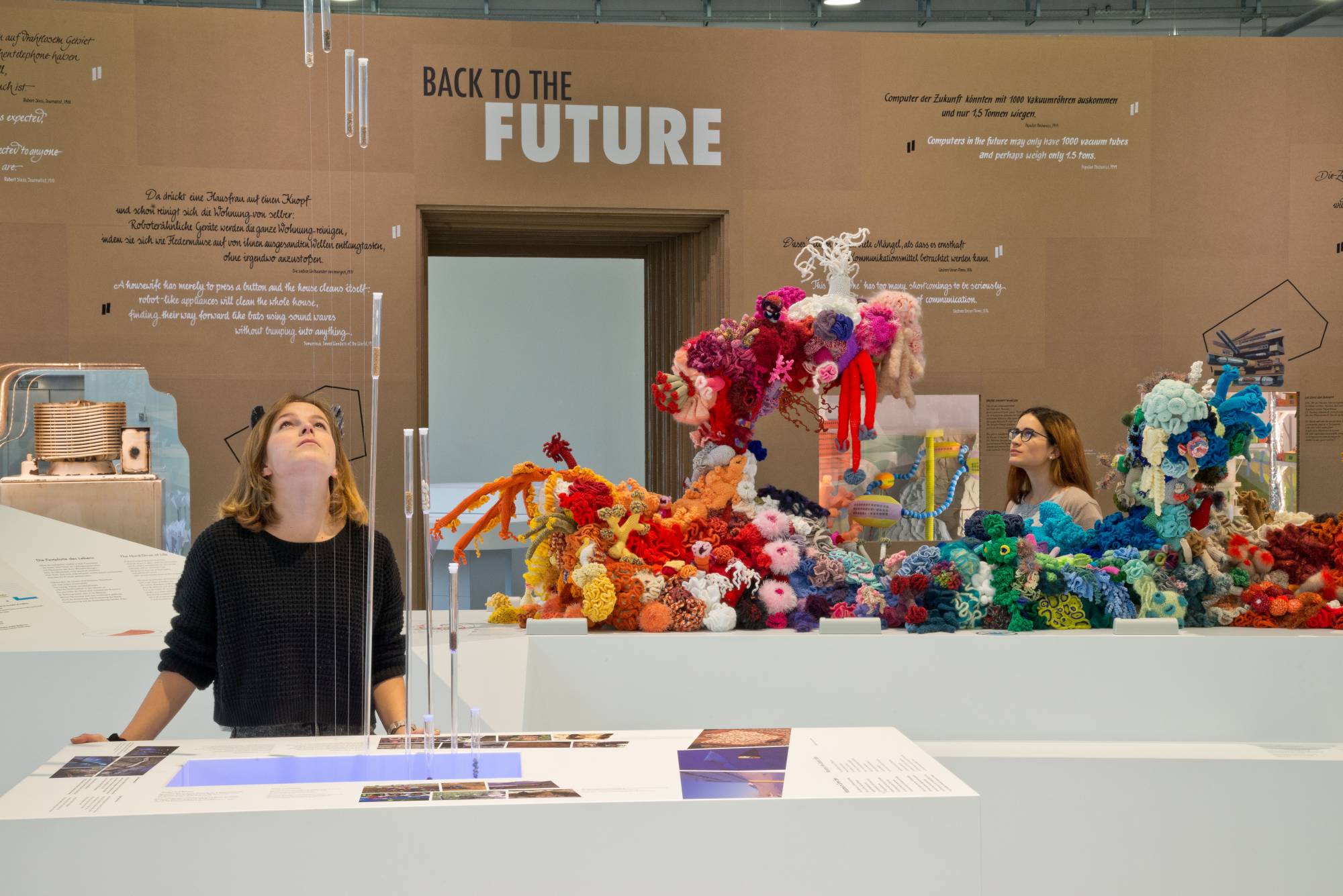 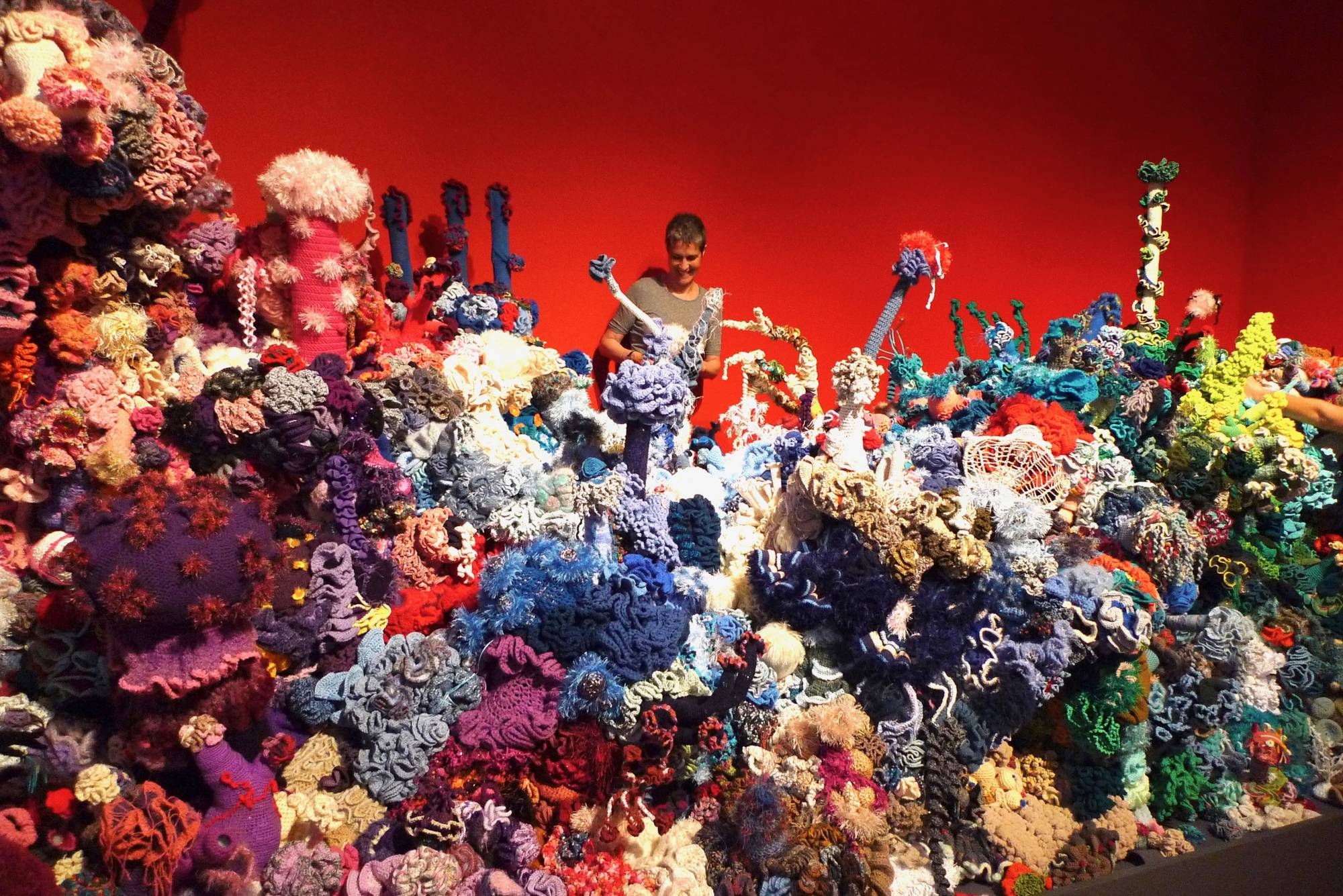 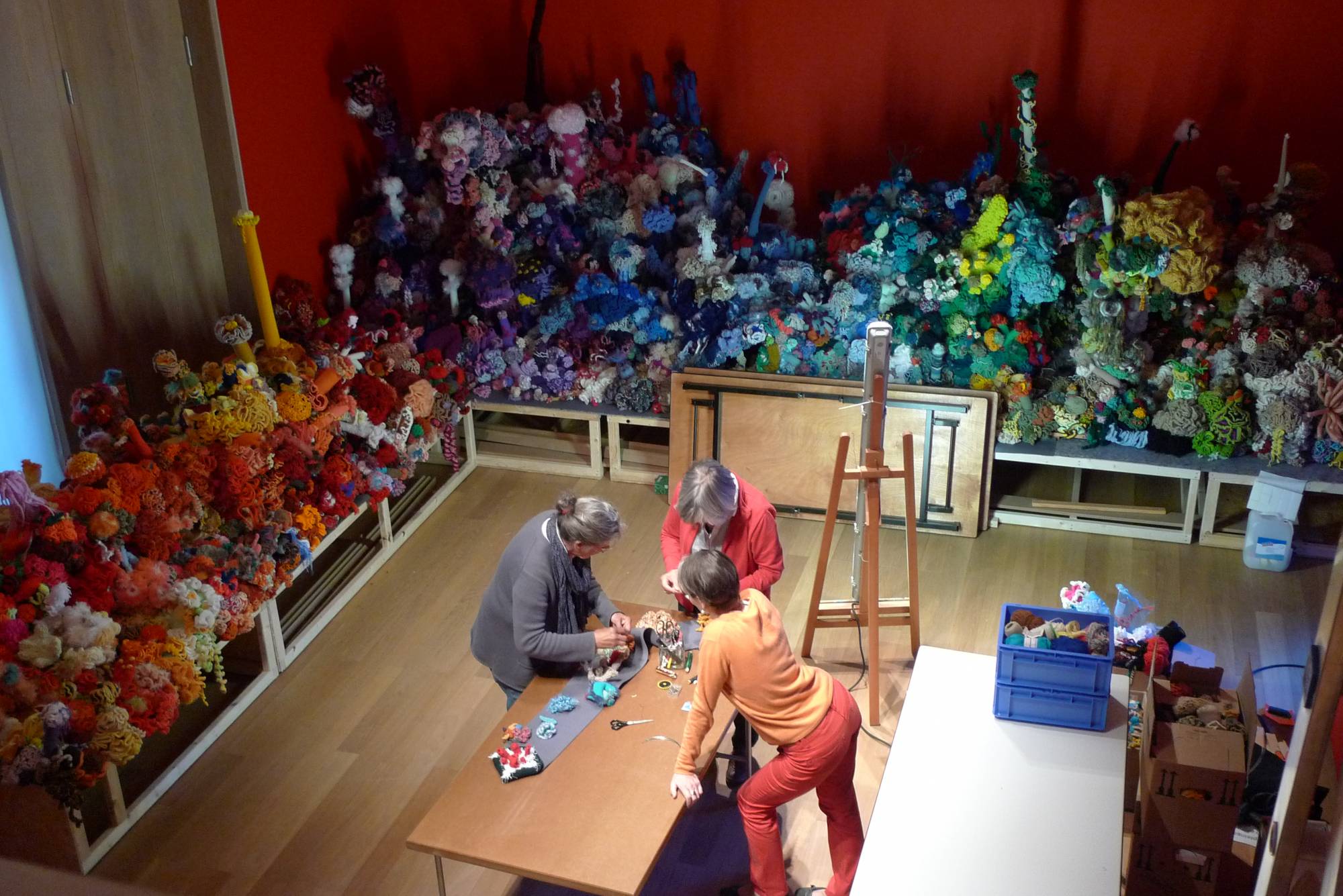 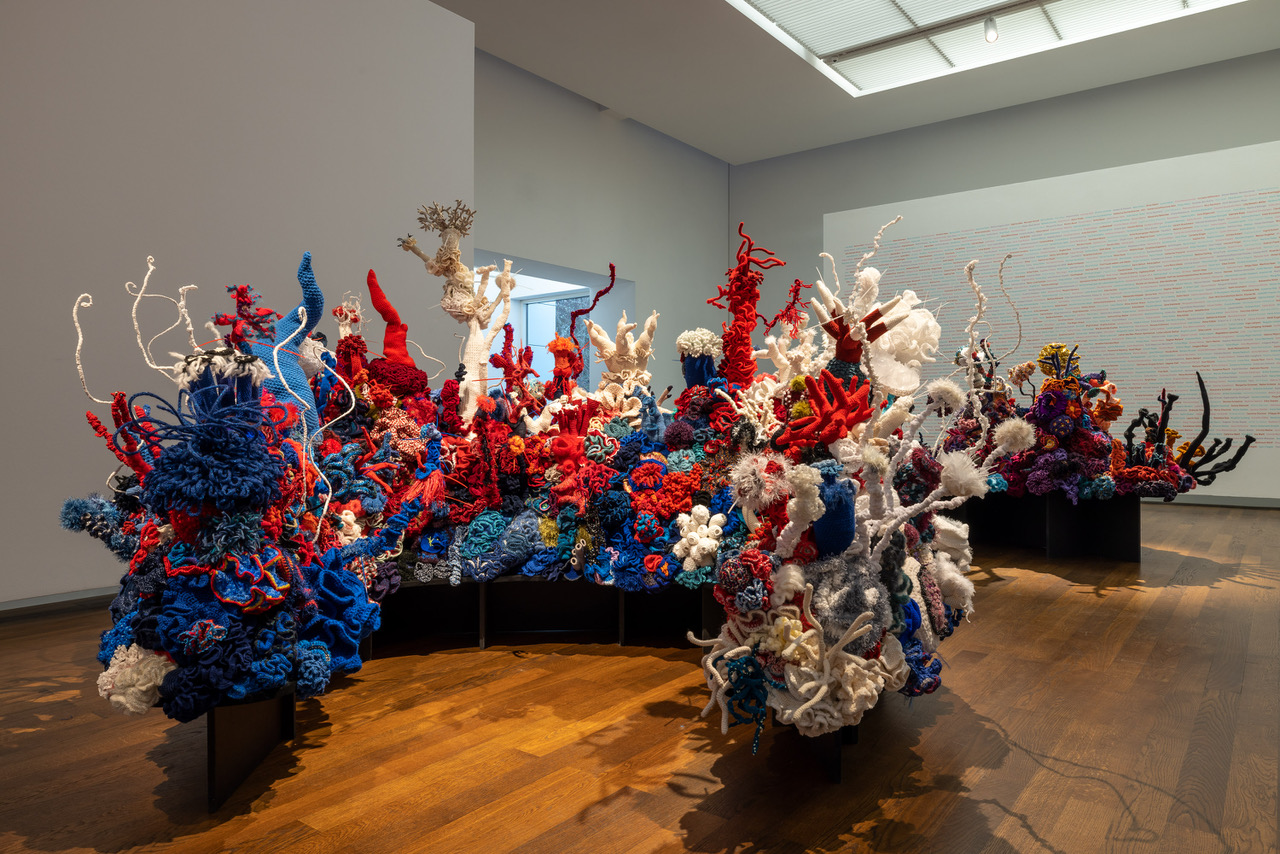 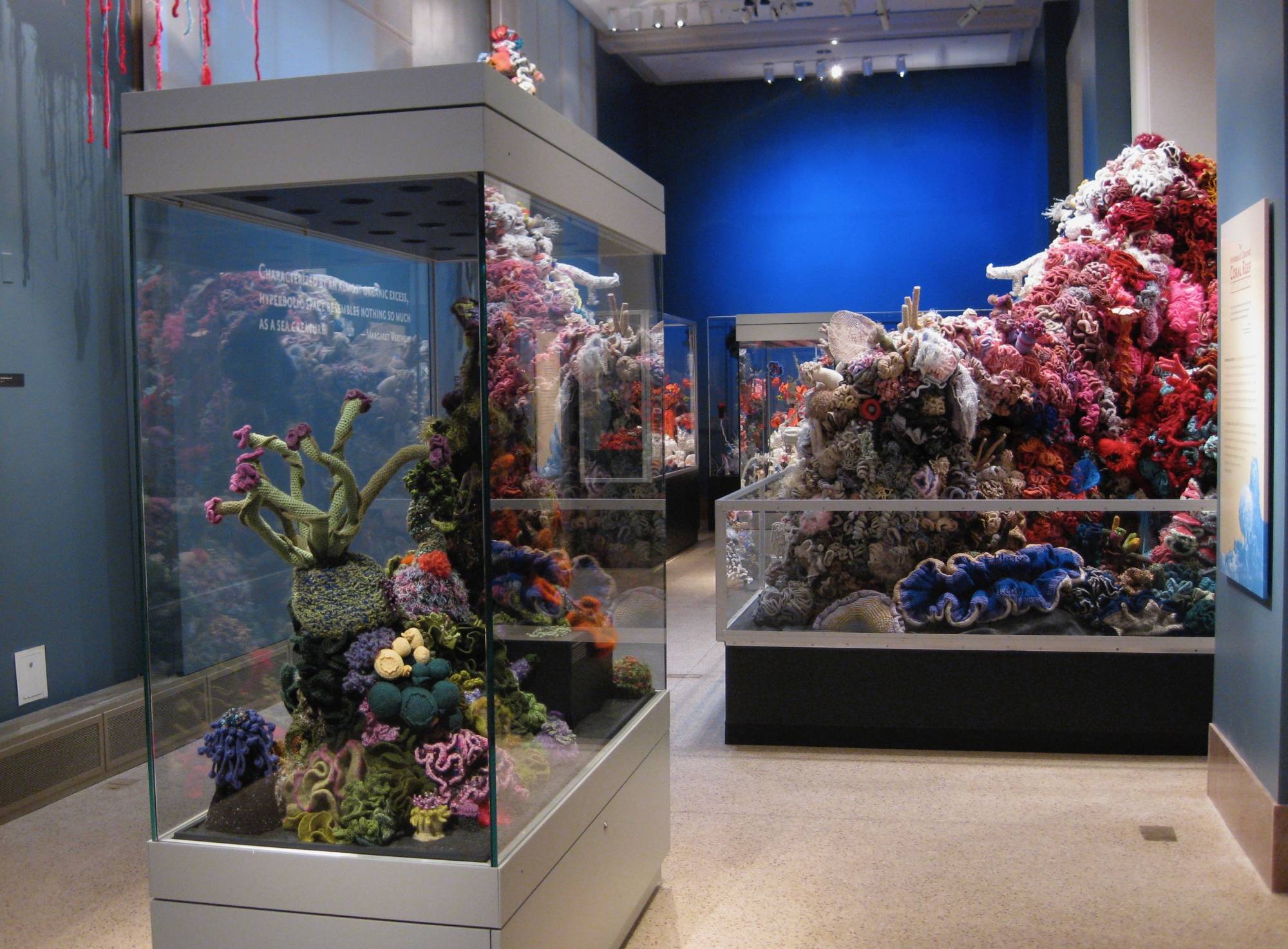 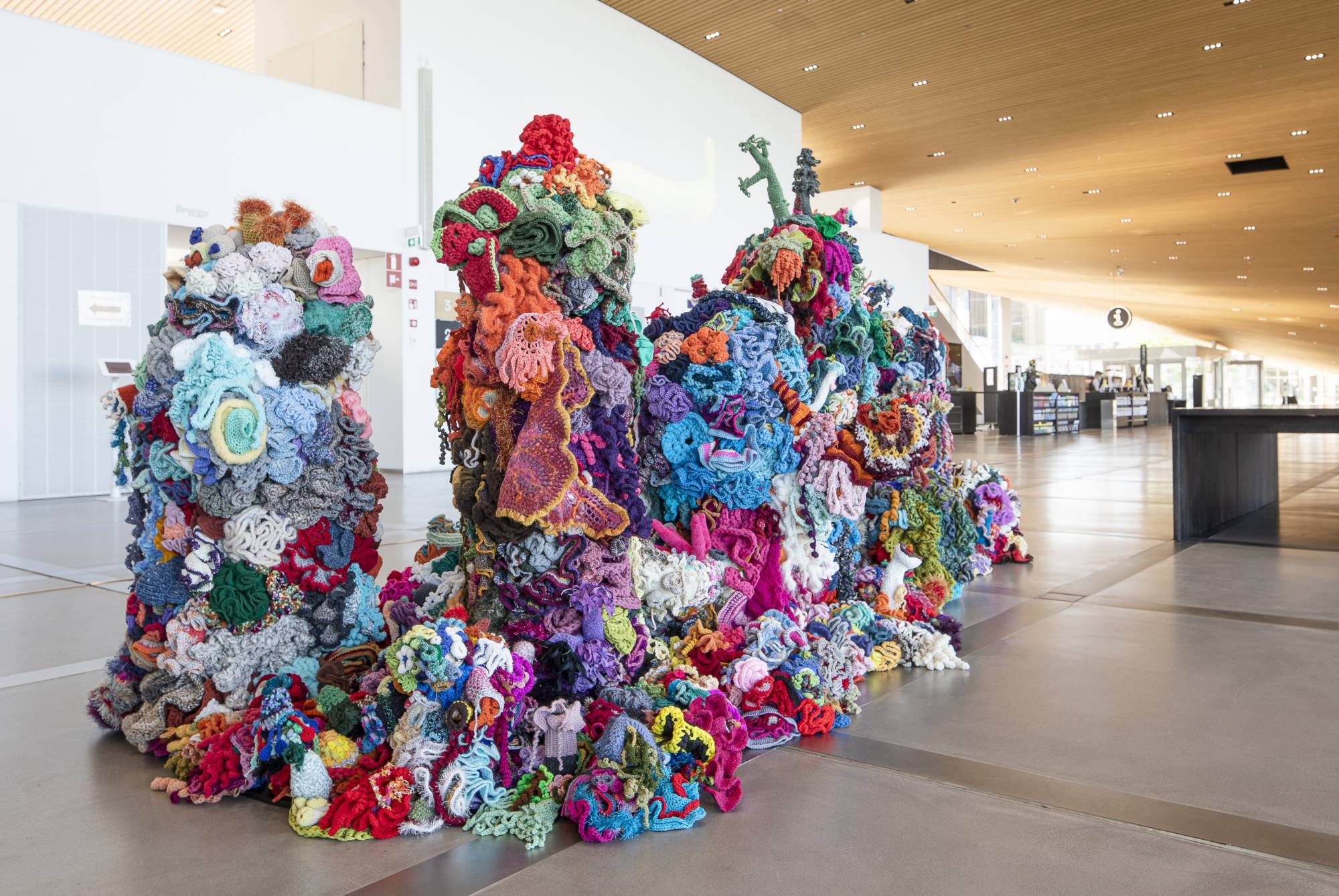 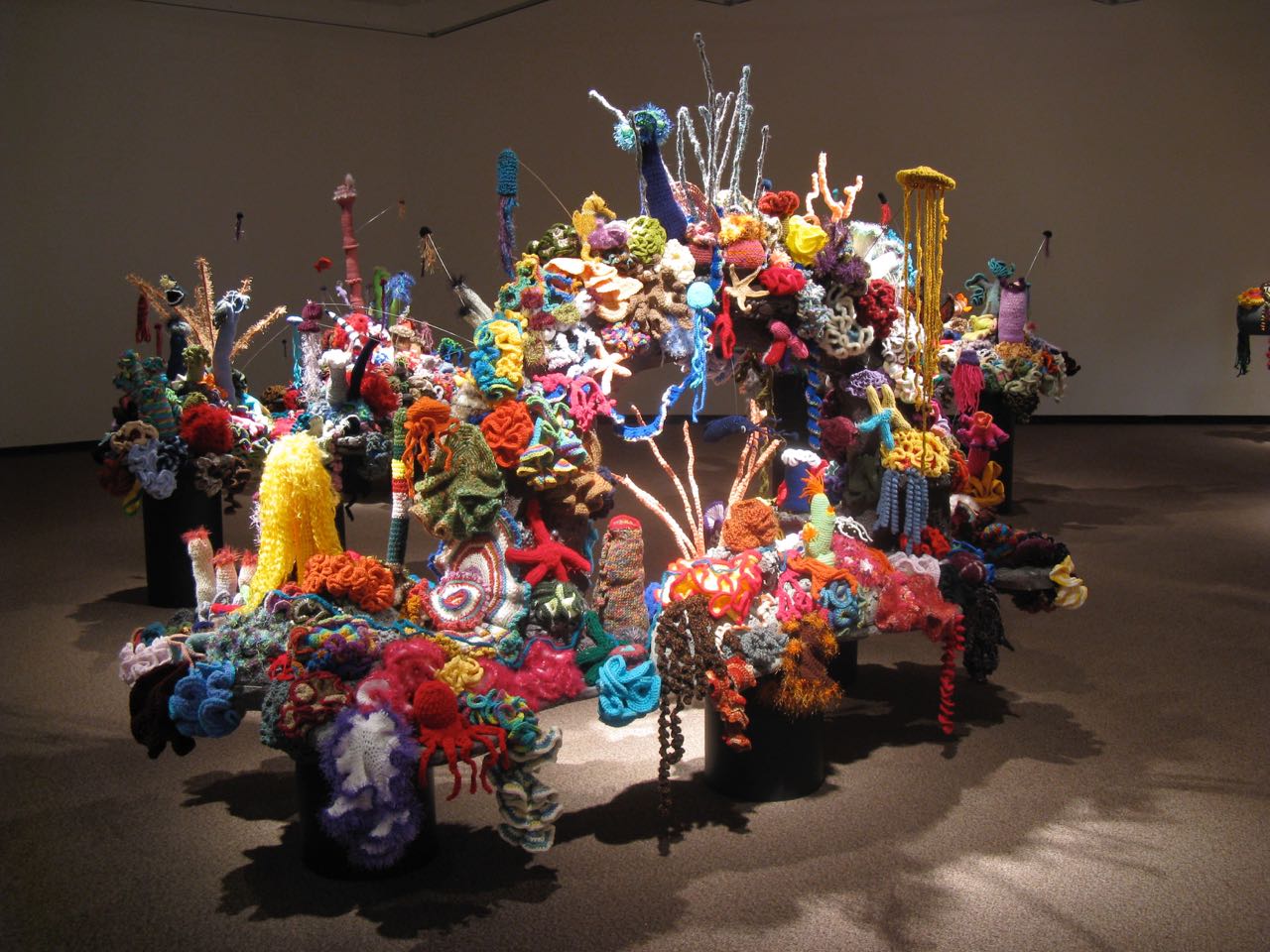 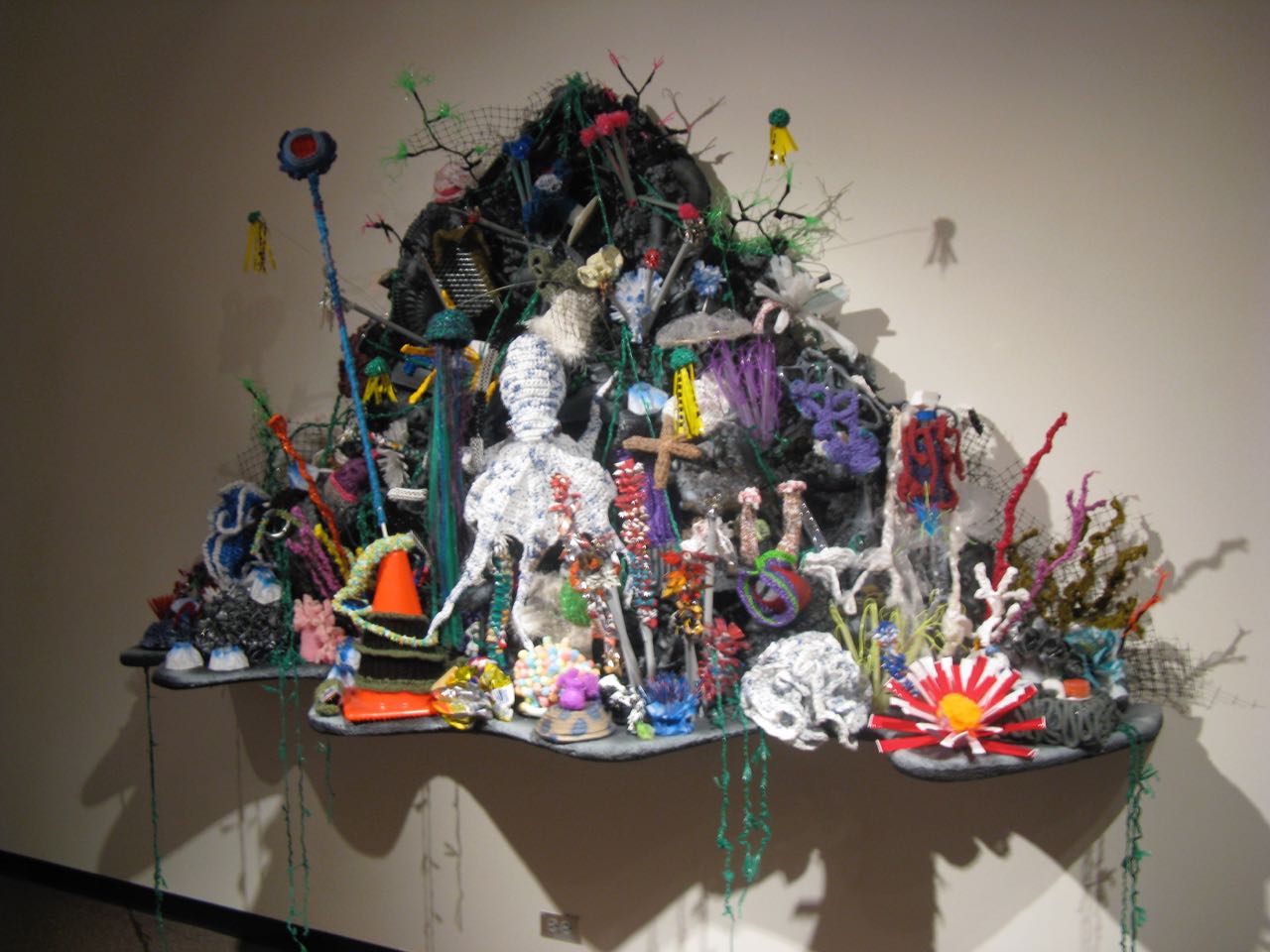 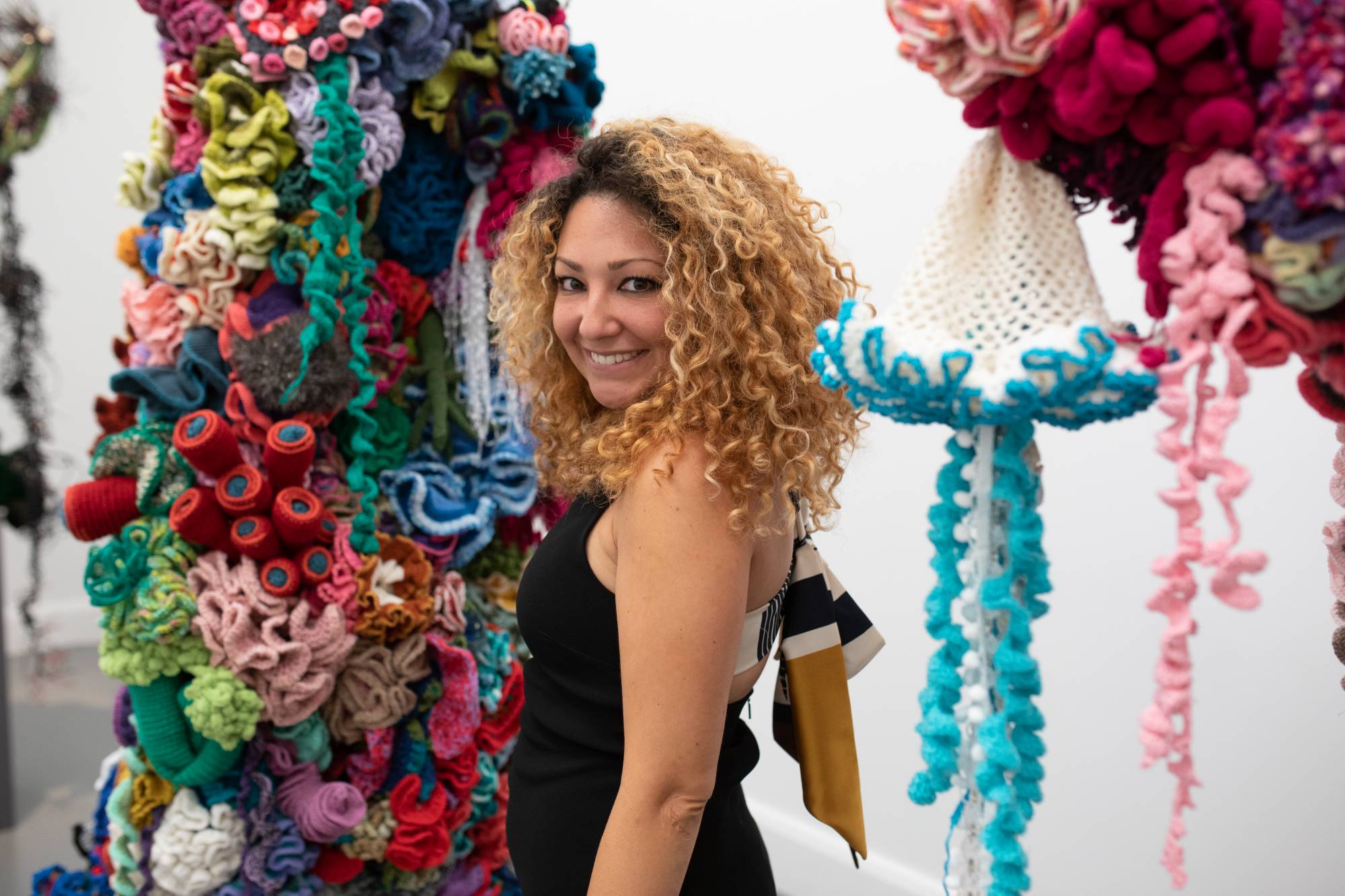 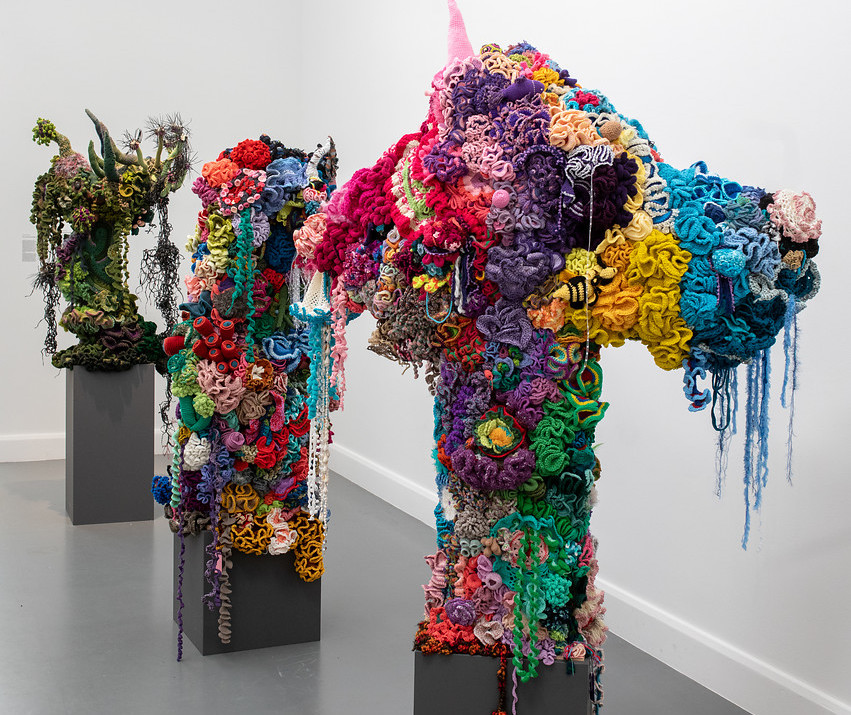 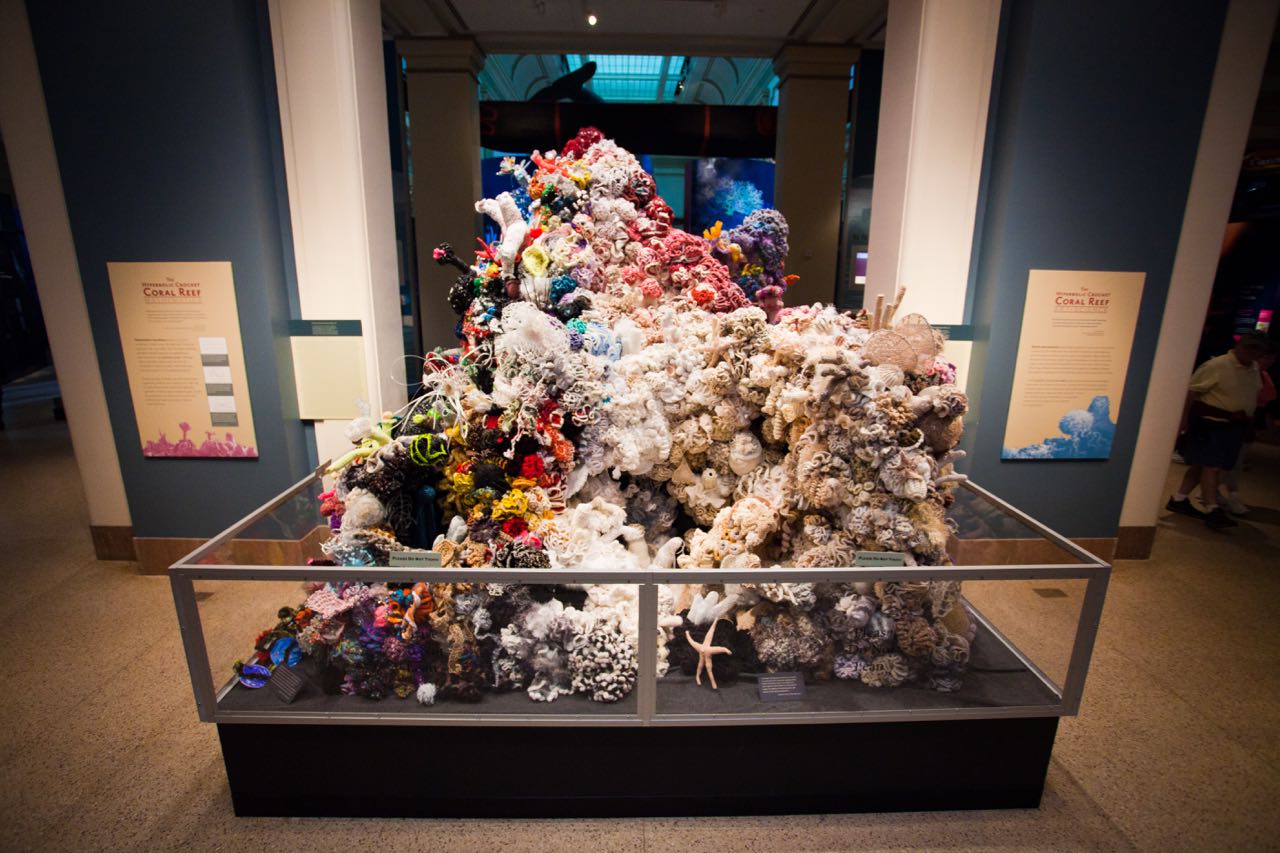 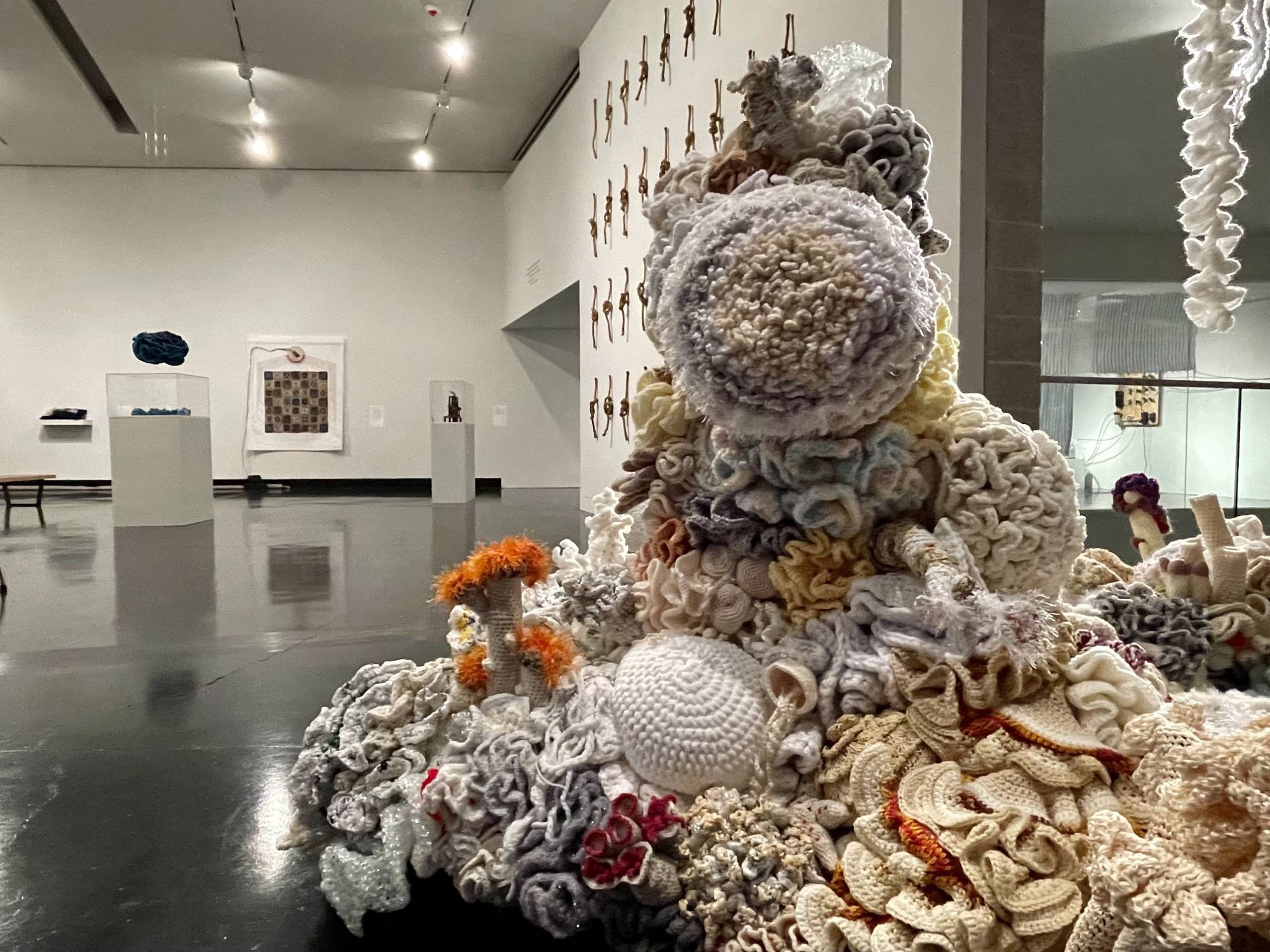 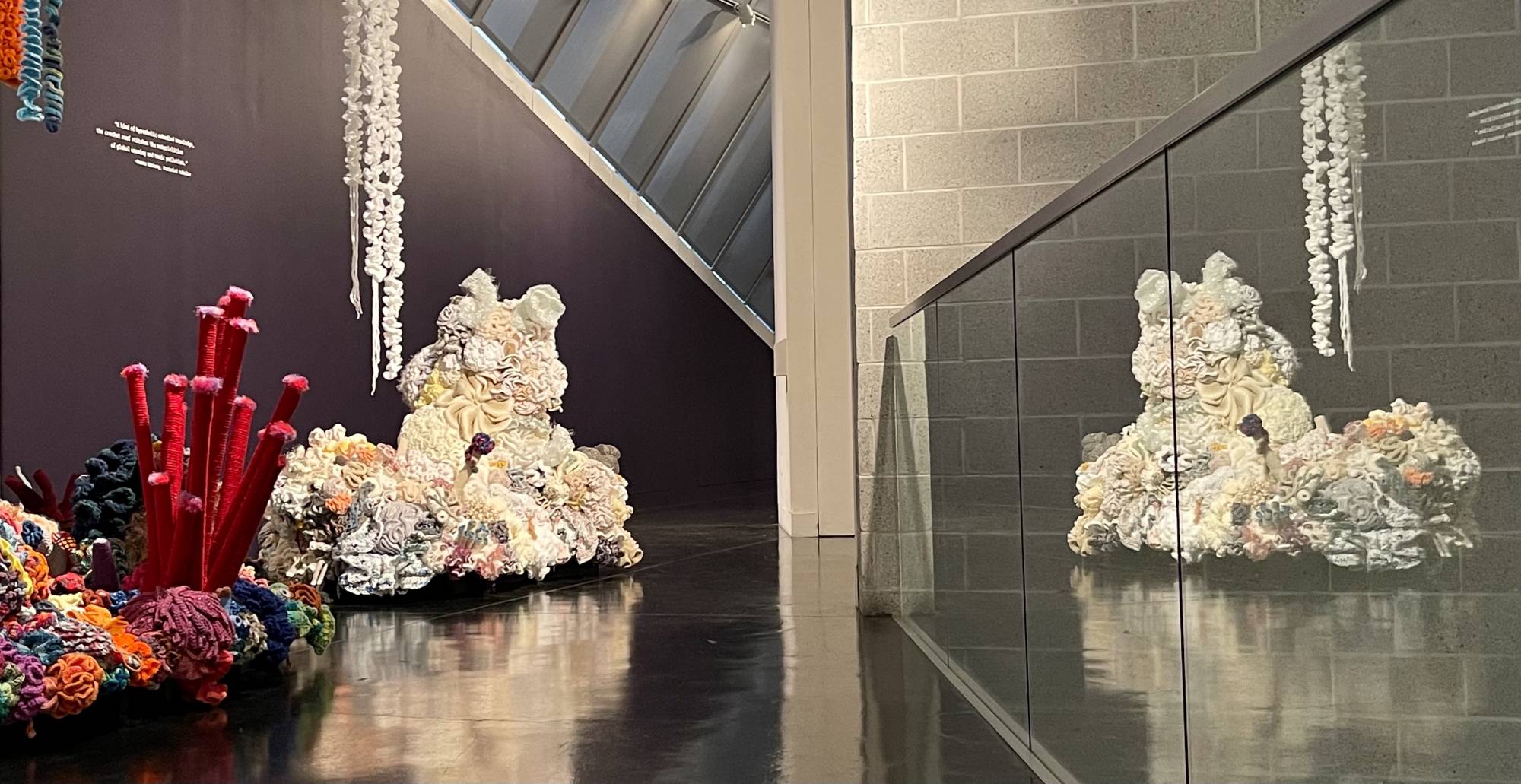 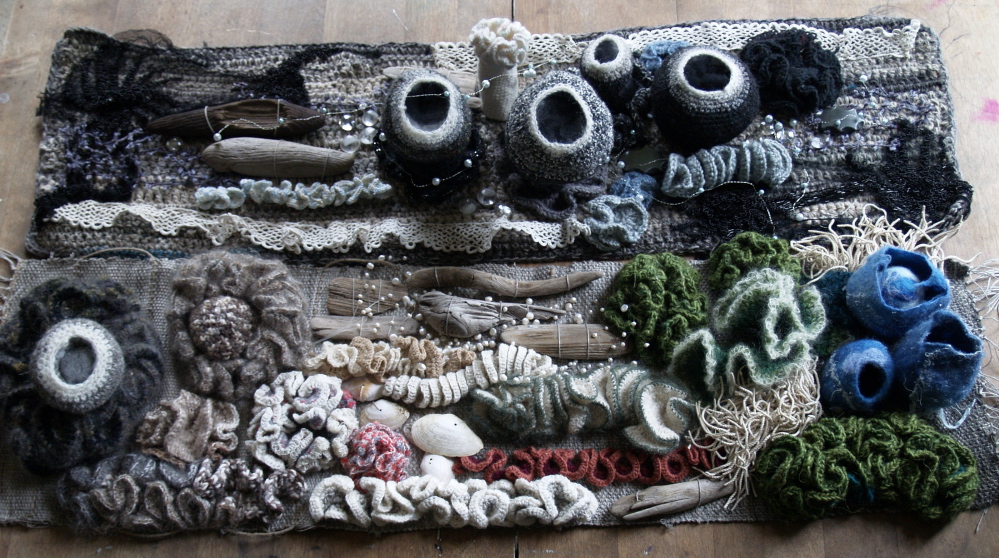 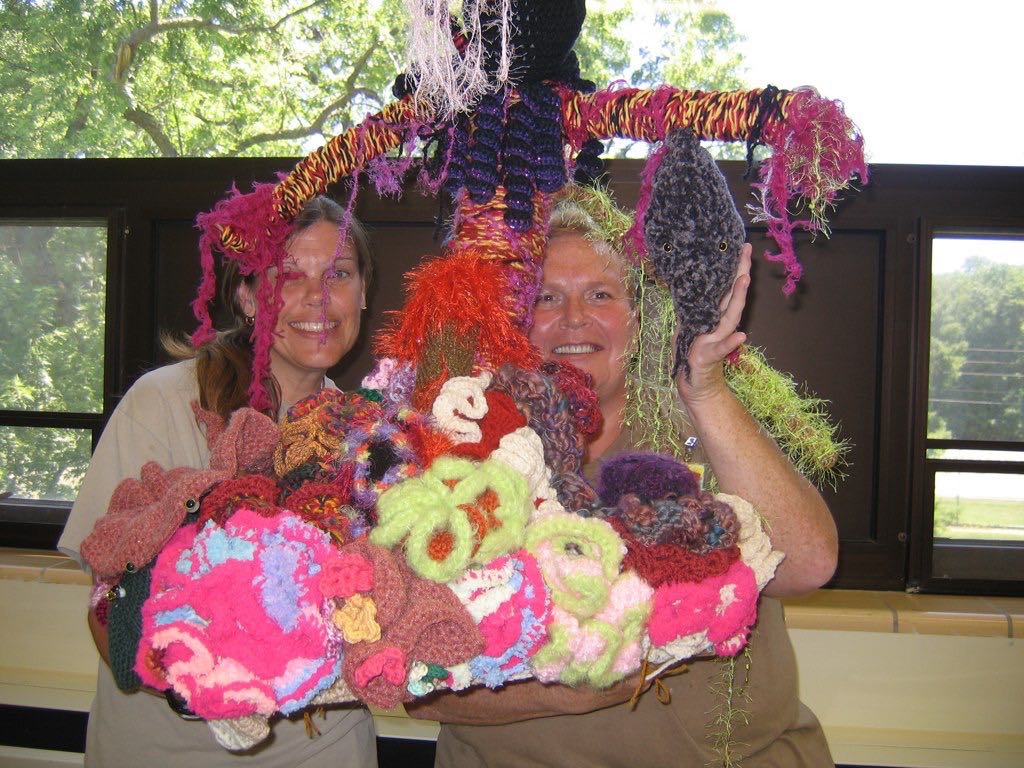 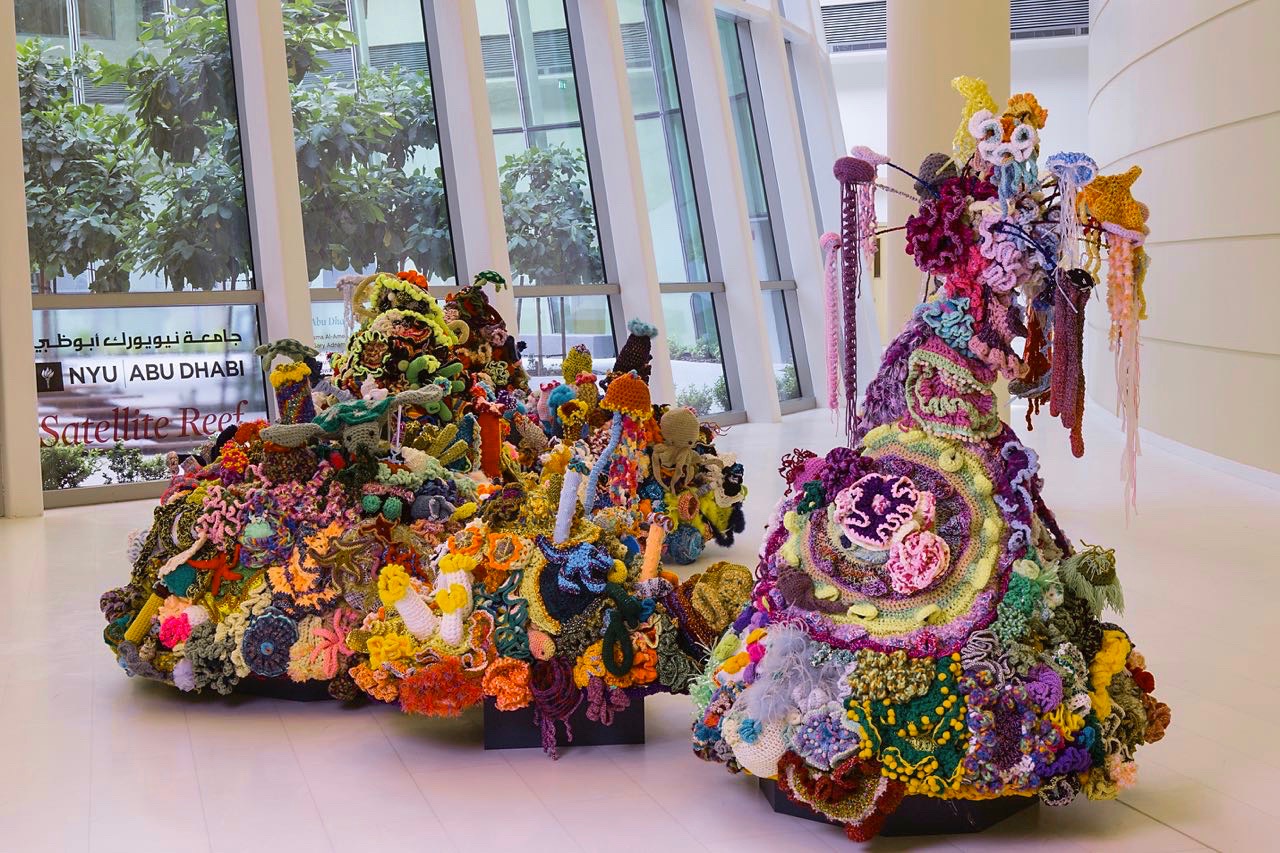 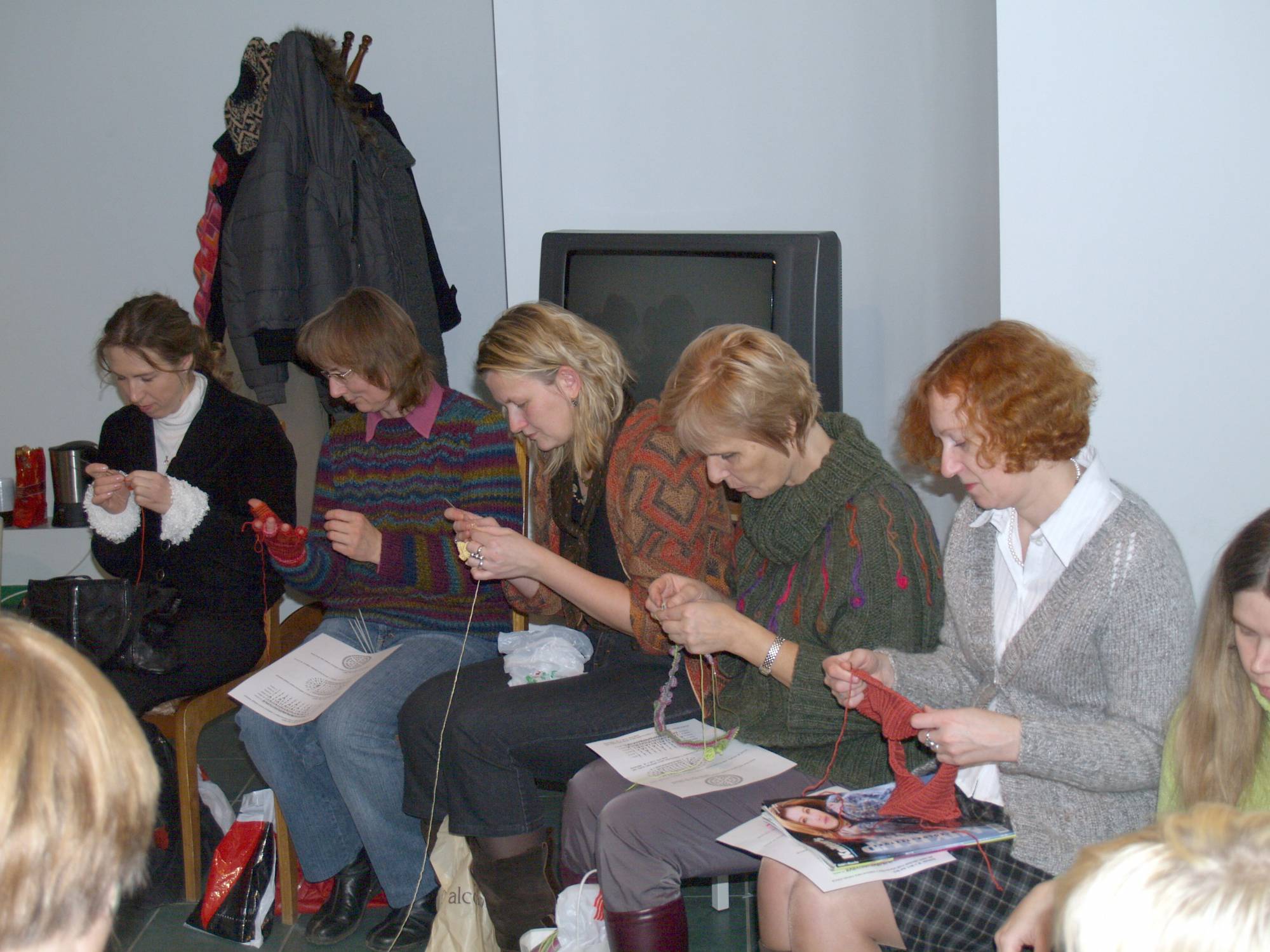 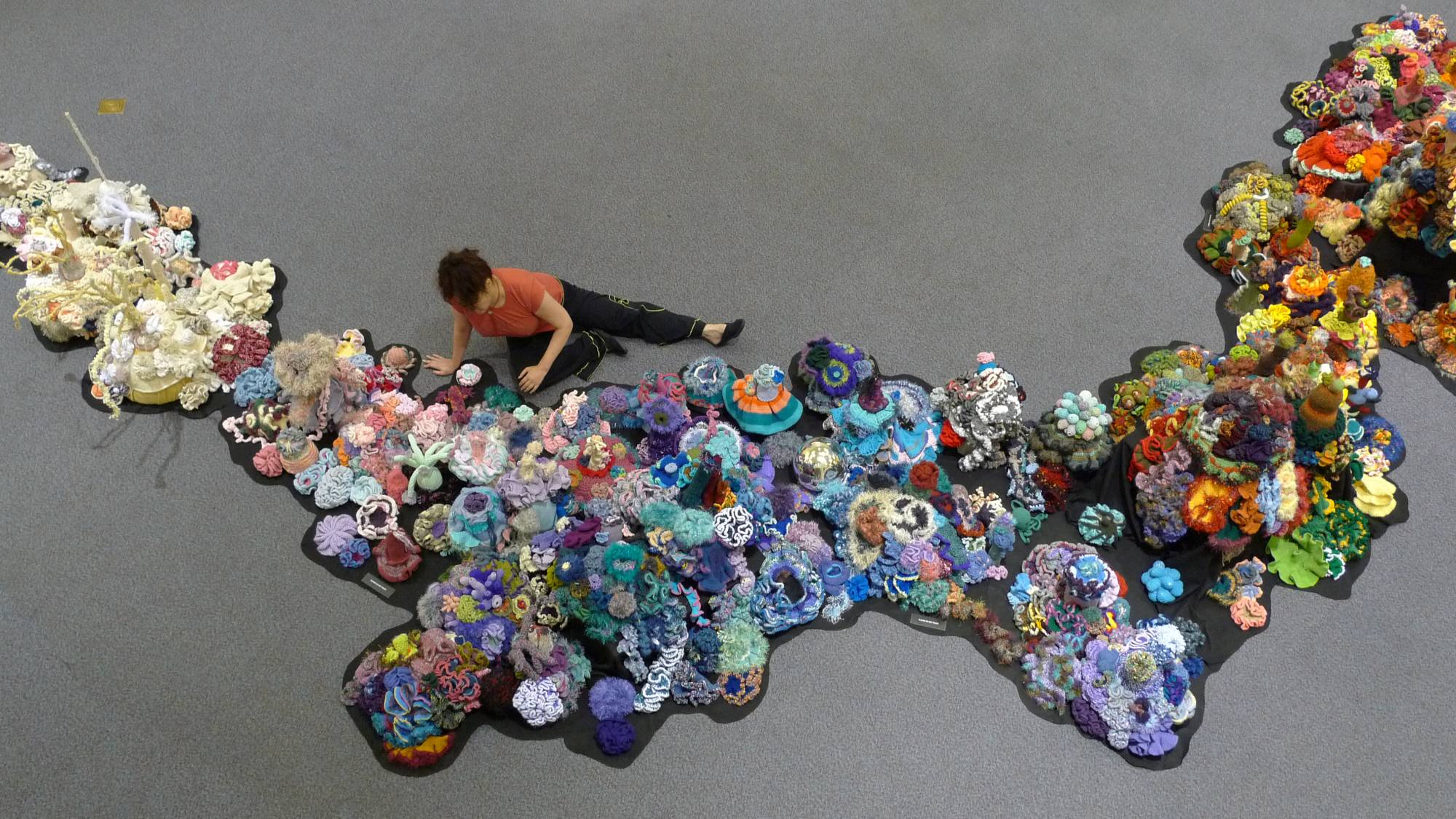 Satellite Reefs have been made at art galleries and museum, science centers, universities, colleges, civic centers, and schools. The project has also been done in an Indiana women’s prison, and at a girl’s juvenile detention center in Denver. Each new site adds further layers of social complexity, extending an experience of art making to citizens in diverse communities and settings.

See links here for a dive into a few select reefs, followed by a list of all Satellite Reefs in chronological order.