Venice Biennale 2019: May You Live In Interesting Times

The Crochet Coral Reef is in the Venice Biennale.

The 58th International Art Exhibition of La Biennale di Venezia – aka, the Venice Biennale – titled May You Live in Interesting Times was curated by Ralph Rugoff and featured 79 artists from around the world. Crochet Coral Reef creators Christine Wertheim and Margaret Wertheim were the sole Australian artists.

Among Rugoff’s propositions for this wide-ranging show was that in our age of “fake news and alternative facts” art cannot be pigeonholed. Instead of a formal theme, Rugoff offered a curatorial strategy that opened out to a cross-section of artists working in diverse genres and modalities, responding to the changing times we live in. True to this spirit, the 2019 Biennale was the first to have 50% women. Also included were a large number of artists hailing from outside Europe and the US.

While stressing that art cannot solve political problems or be a panacea for the ills unsettling our social and environmental landscapes, Rugoff suggests that “in an indirect fashion, perhaps art can be a kind of guide for how to live and think in ‘interesting times.’” He writes:

“May You Live in Interesting Times will take seriously art’s potential as a method for looking into things that we do not already know – things that may be off-limits, under-the-radar, or otherwise inaccessible for various reasons. It will highlight artworks that explore the interconnectedness of diverse phenomena, and that convey an affinity with the idea, asserted by both Leonardo da Vinci and Vladimir Ilyich Lenin, that ‘everything connects with everything else.’”

At the Biennale, two subsets of the Crochet Coral Reef were on display, both highlighting the natural history dimension of the project. In the Arsenale, a pair of large-scale, aquarium-like vitrines showcased the Bleached Reef and Toxic Reef, which reference the dual marine calamities of coral bleaching caused by rising sea temperatures, and oceanic plastic trash. Alongside these sculptures was a site-specific Mathematics Blackboard depicting the hyperbolic geometry underlying crocheted and living coral forms. Also on display were Reef contributor Helen Bernasconi’s 20-foot-long Hyperbolic Sea Snake, and contributor Eleanor Kent’s Electroluminescent Wire Corals crafted from military-grade, Israeli-made, EL wire.

On display in the Central Pavilion, in a tiny chapel-like space painted Giotto blue, was a selection of miniature coral Pod Worlds featuring works by some of the Reef project’s most skilled Core Contributors.

Together these installations called attention to imminent threats facing living reefs while highlighting the potential of collective action by humans and cnidarians. By building together, crochet reefers emulate the colony-based processes by which actual reefs form – thus mathematics and craft combine into an art that recapitulates nature’s methodologies.

Works in the Biennale are by Christine and Margaret Wertheim, with crochet contributions from:

Thanks to Richard Nielsen for assisting with drawing the Mathematics Blackboard, and to IFF assistant Christina Simons. Gratitude also to Mark Stapleton, Tim Brown, Colleen Keegan and Michael Keegan for support with fundraising. 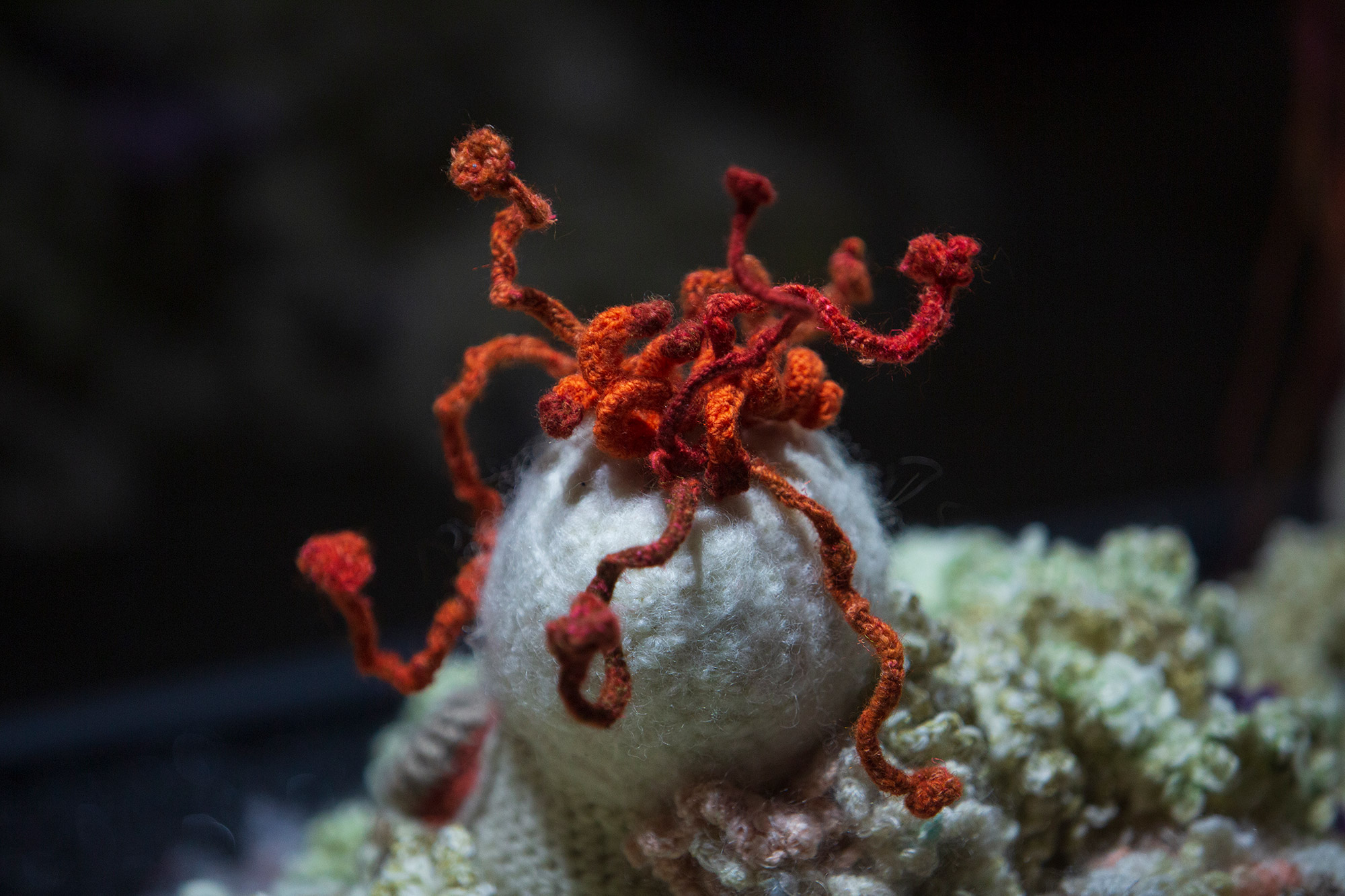 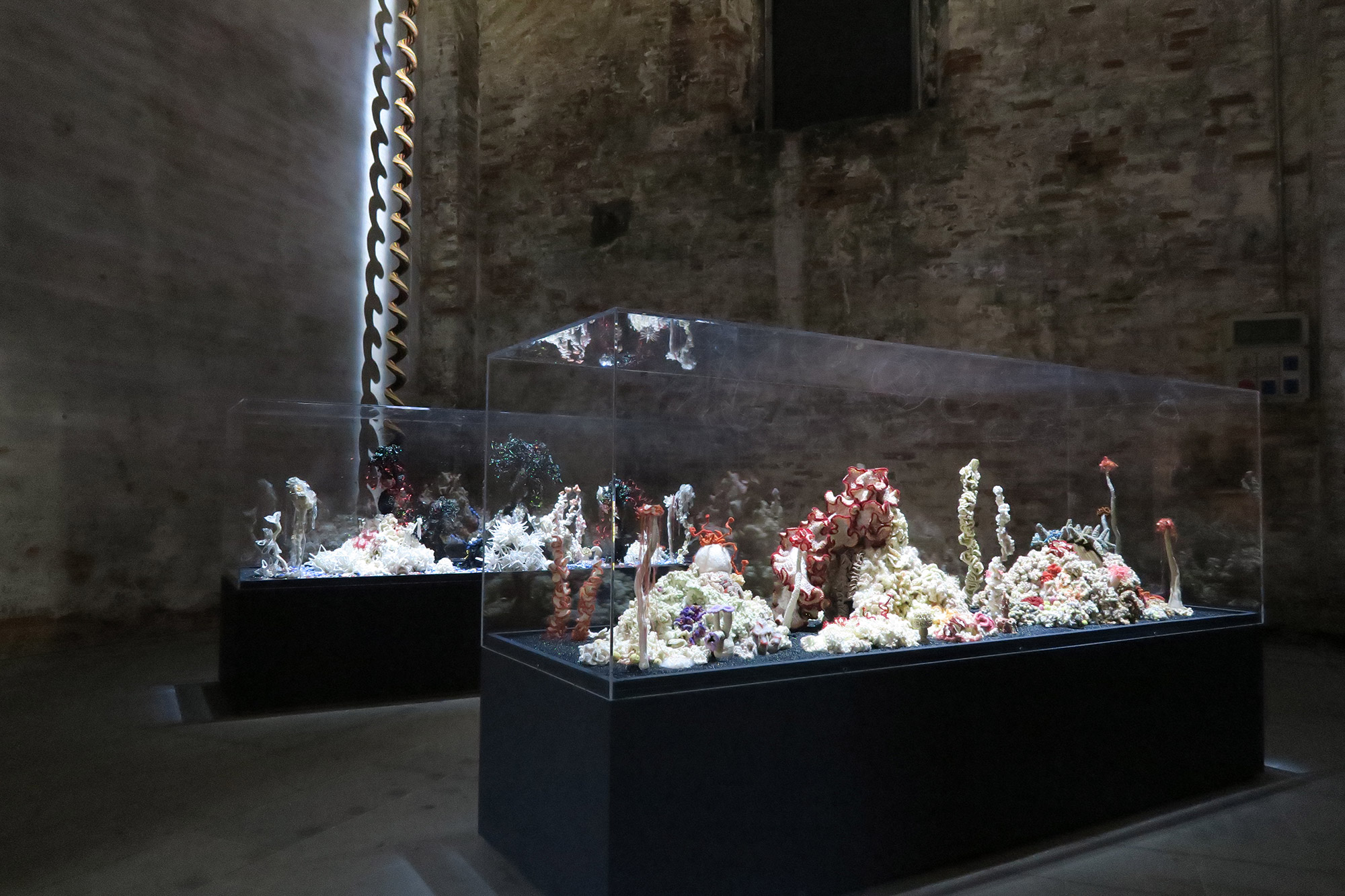 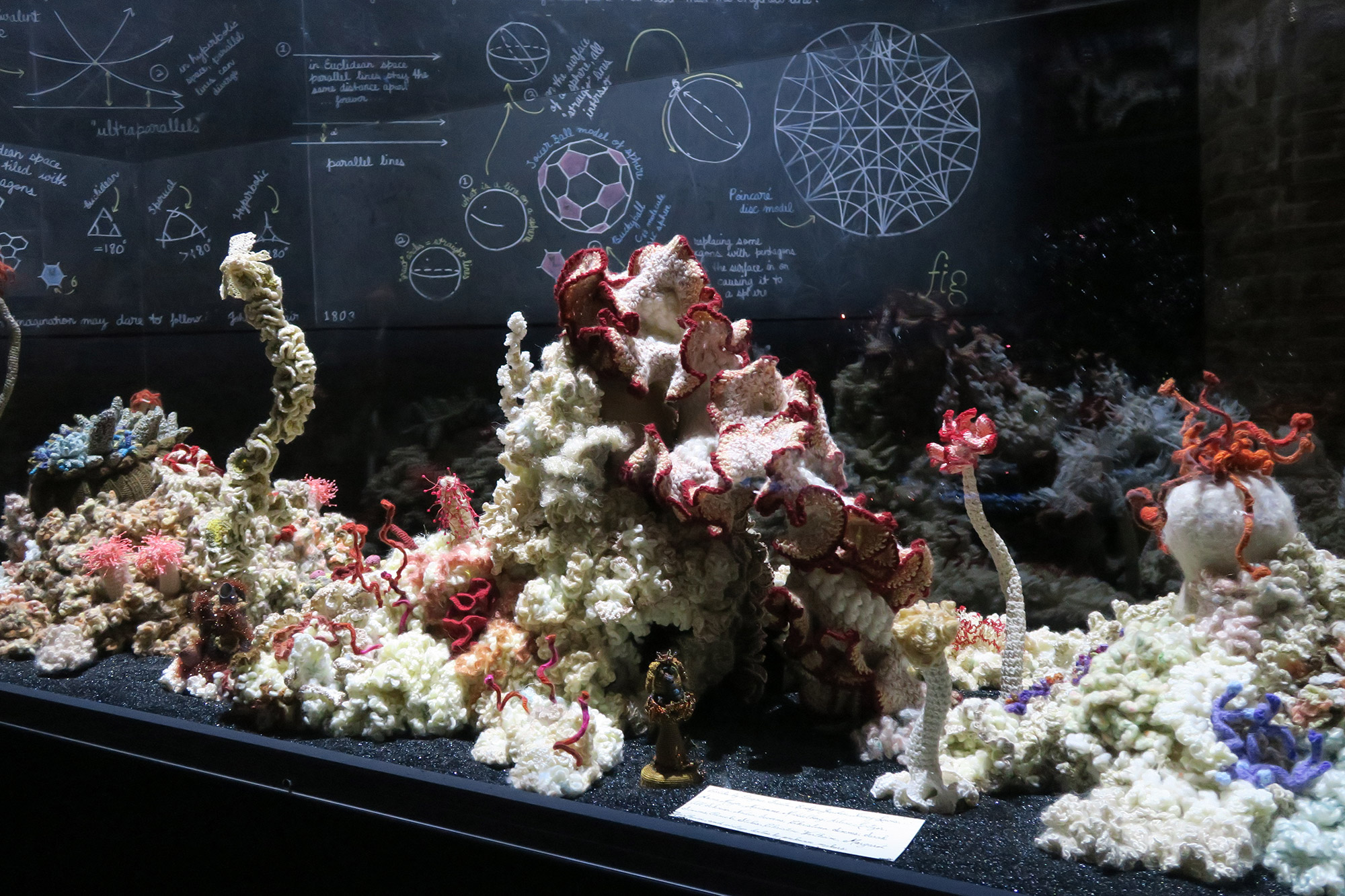 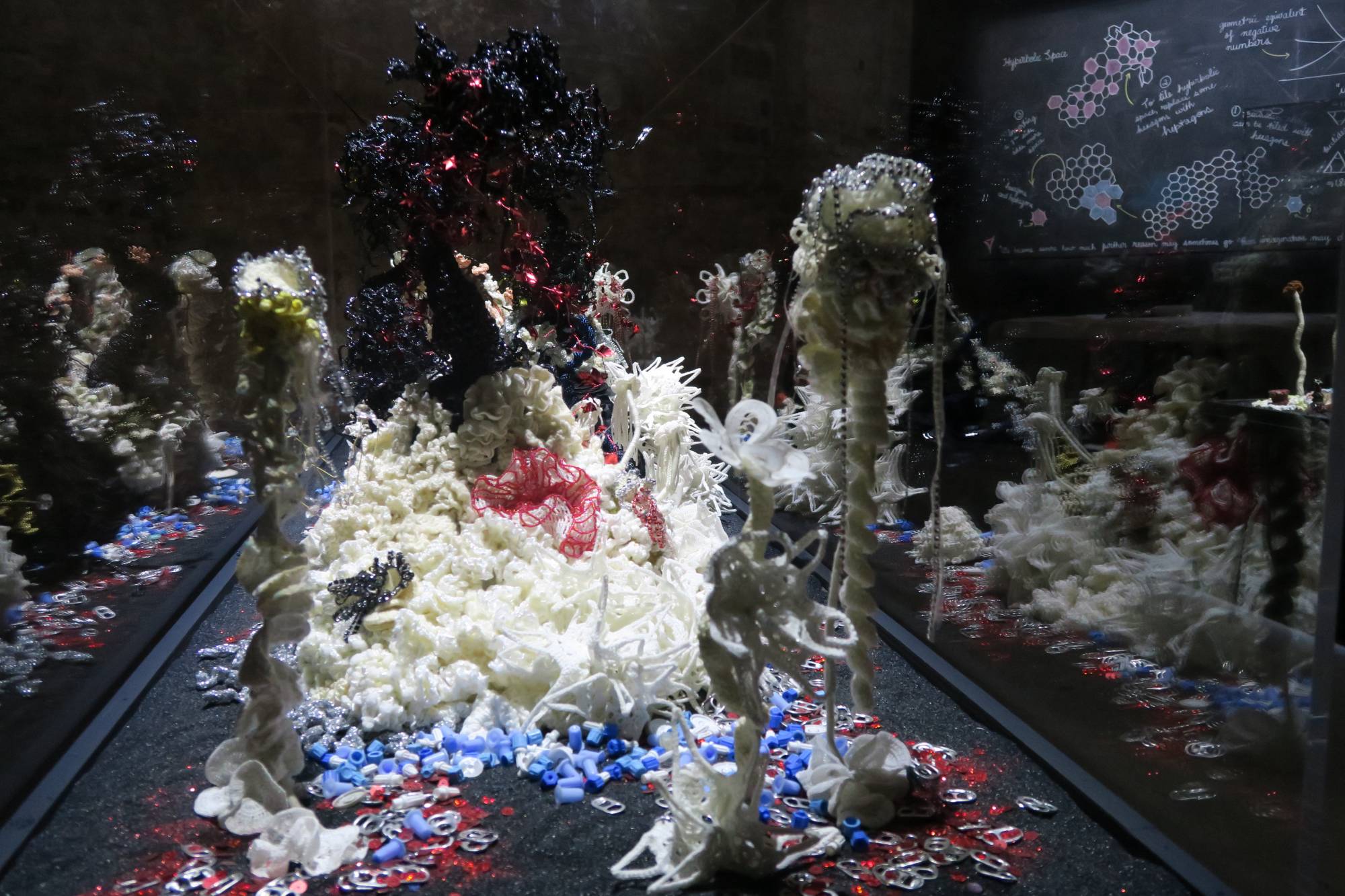 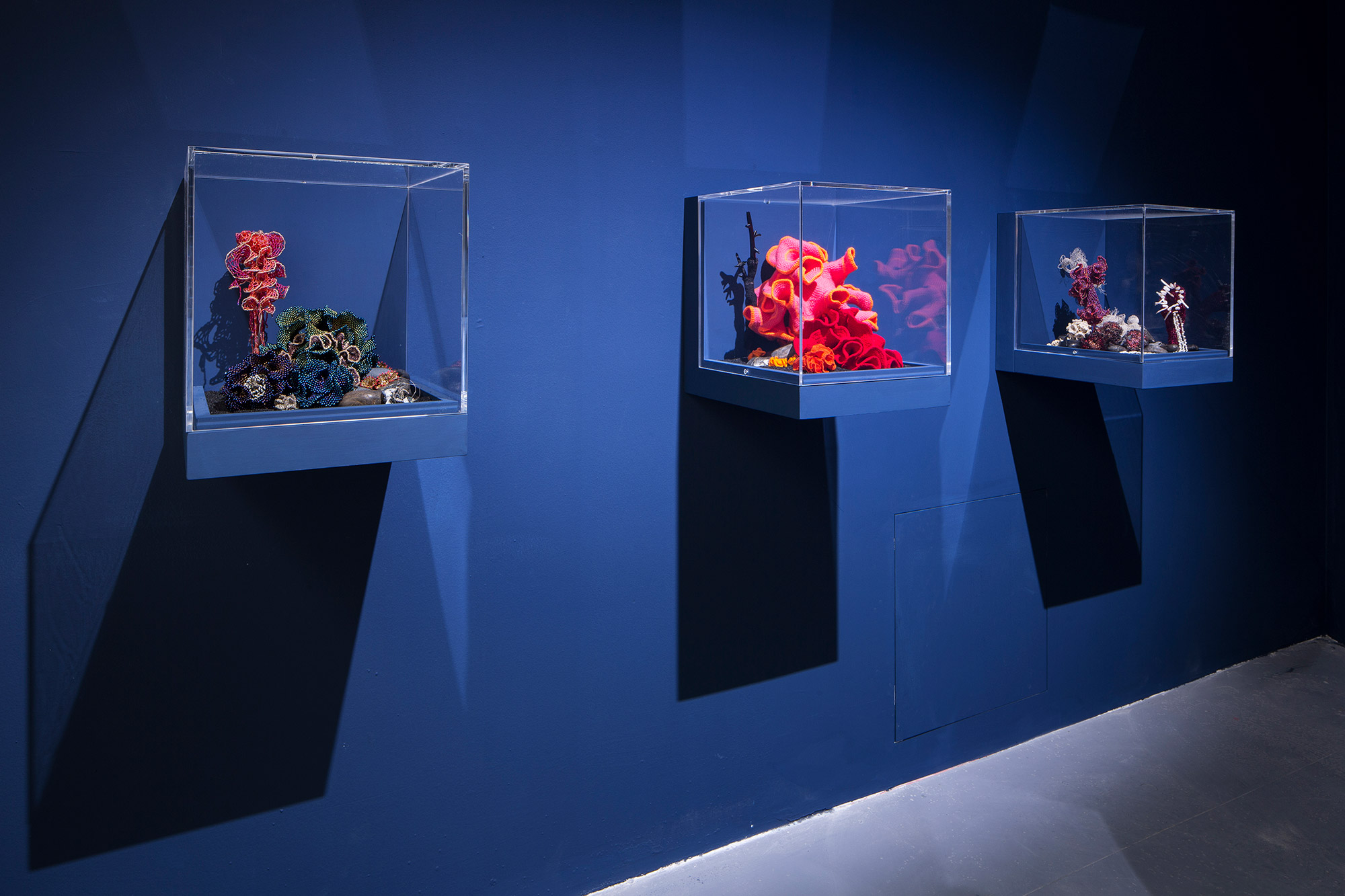 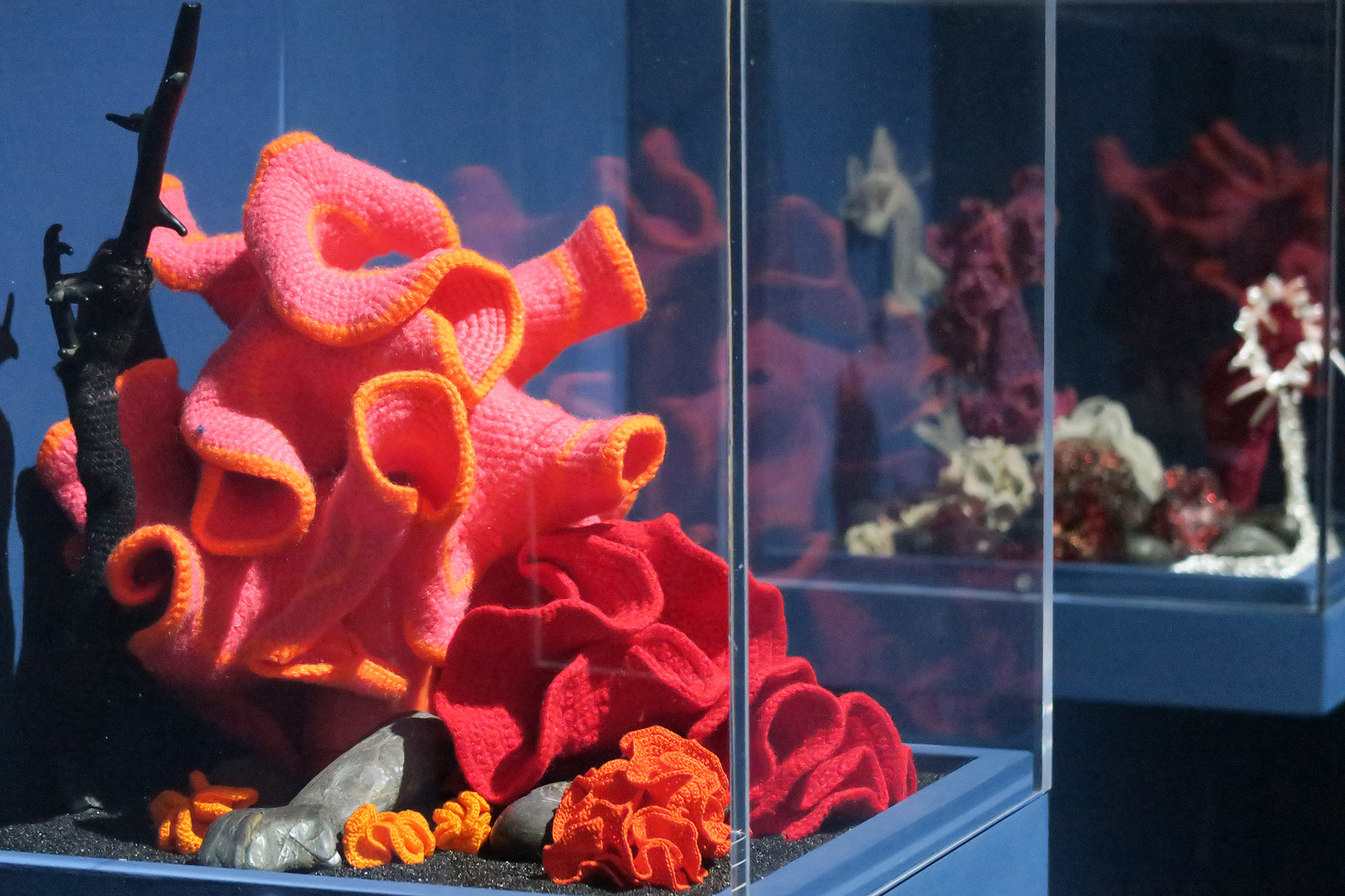 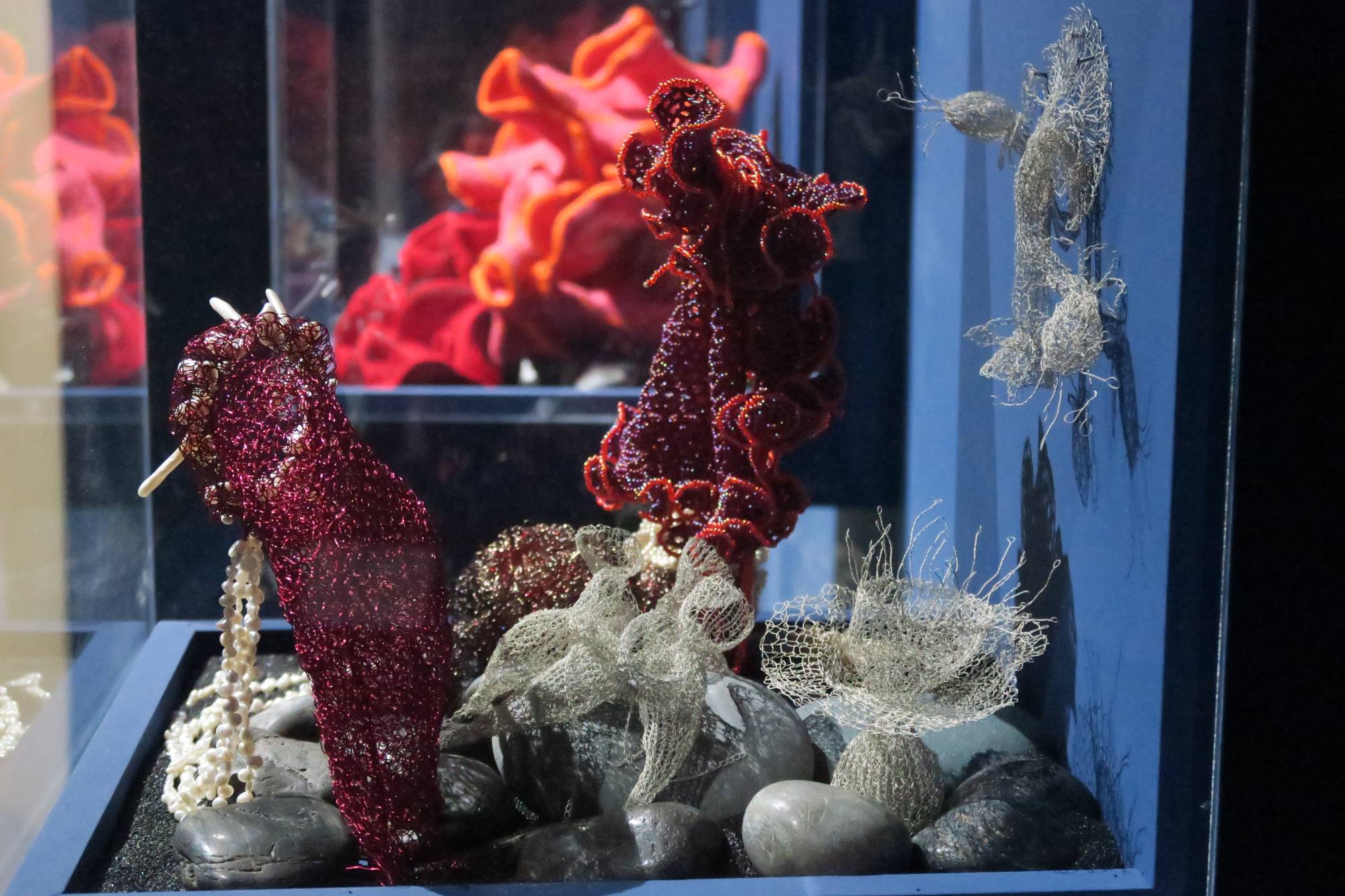 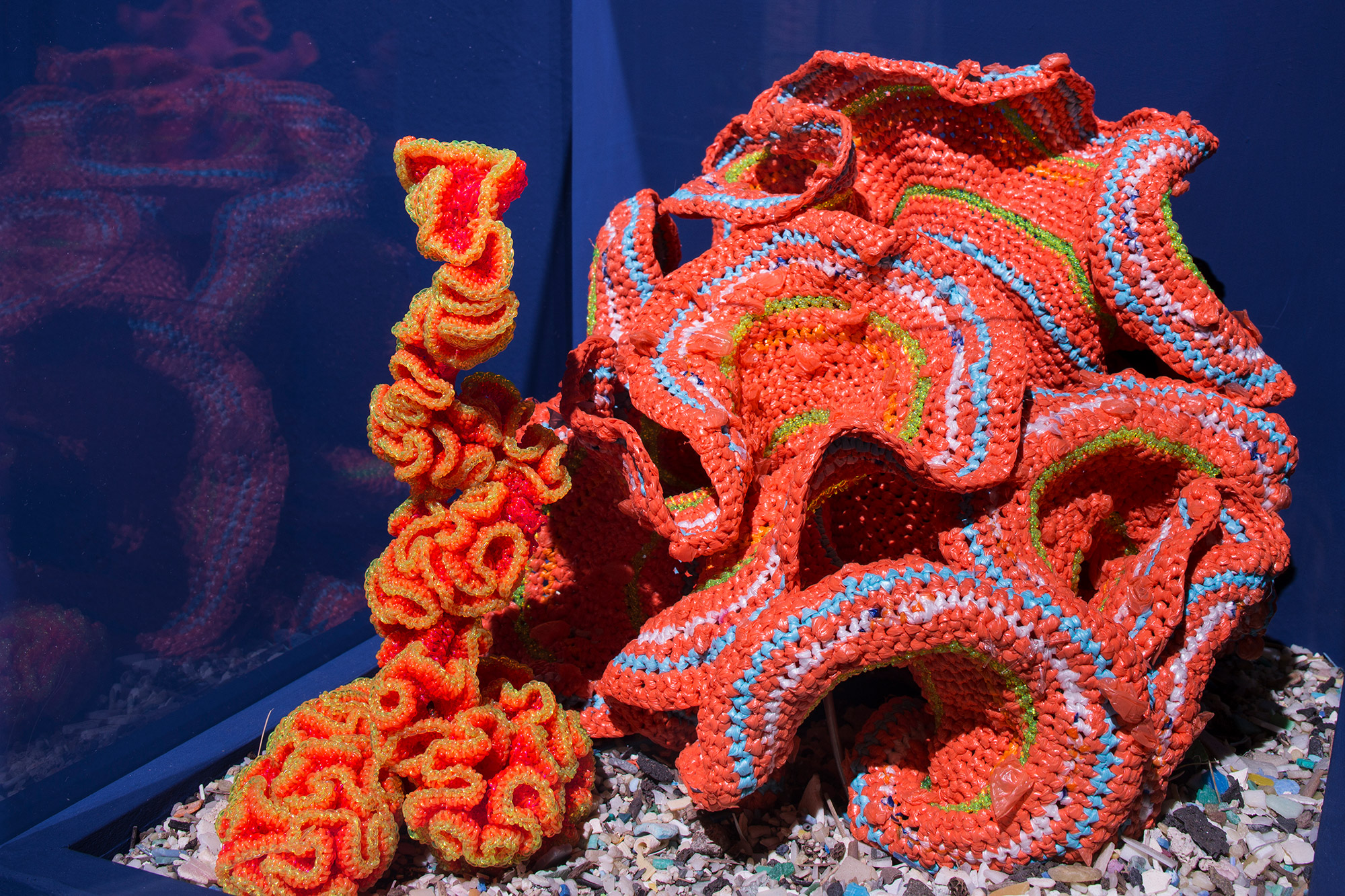 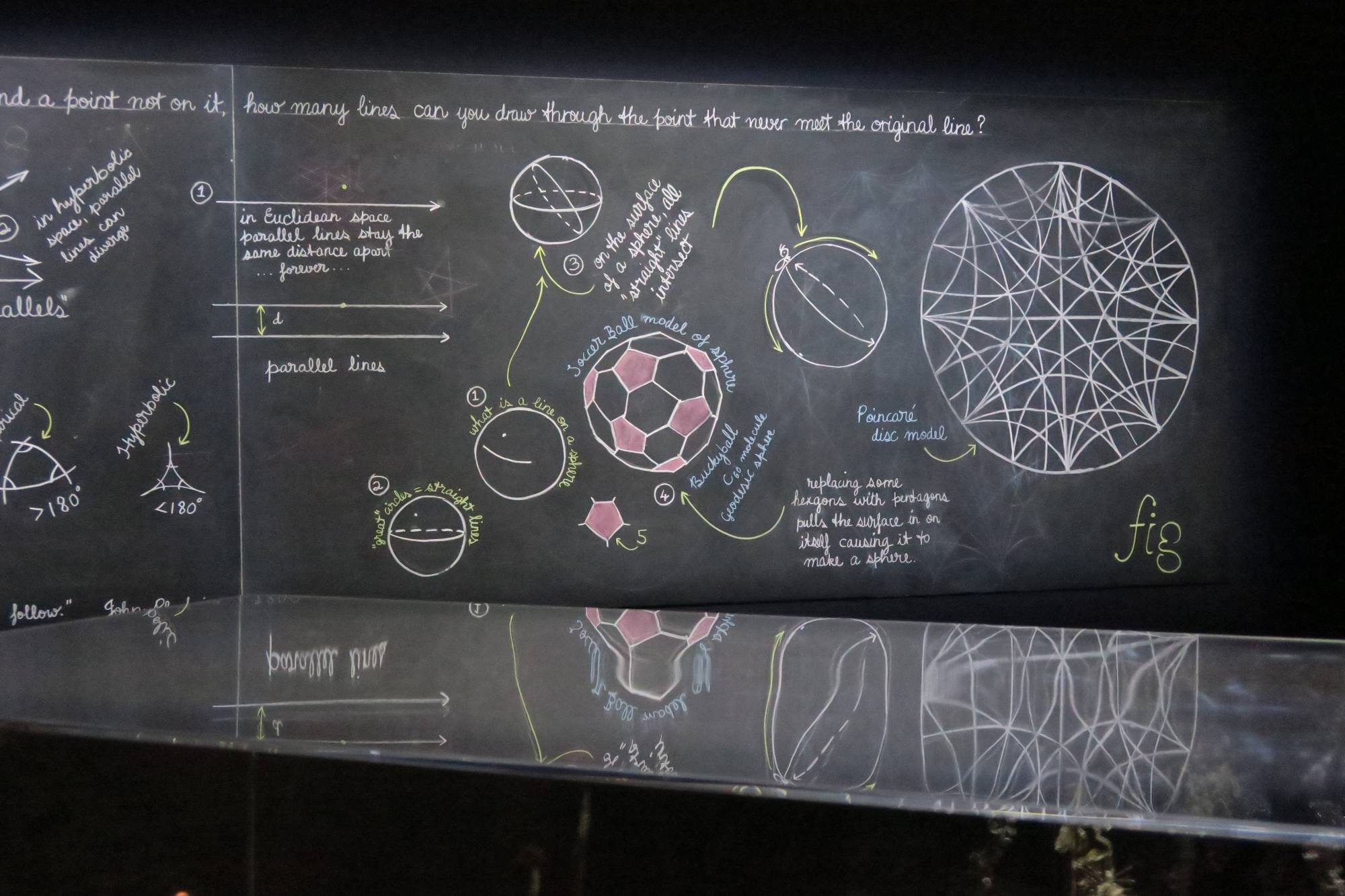